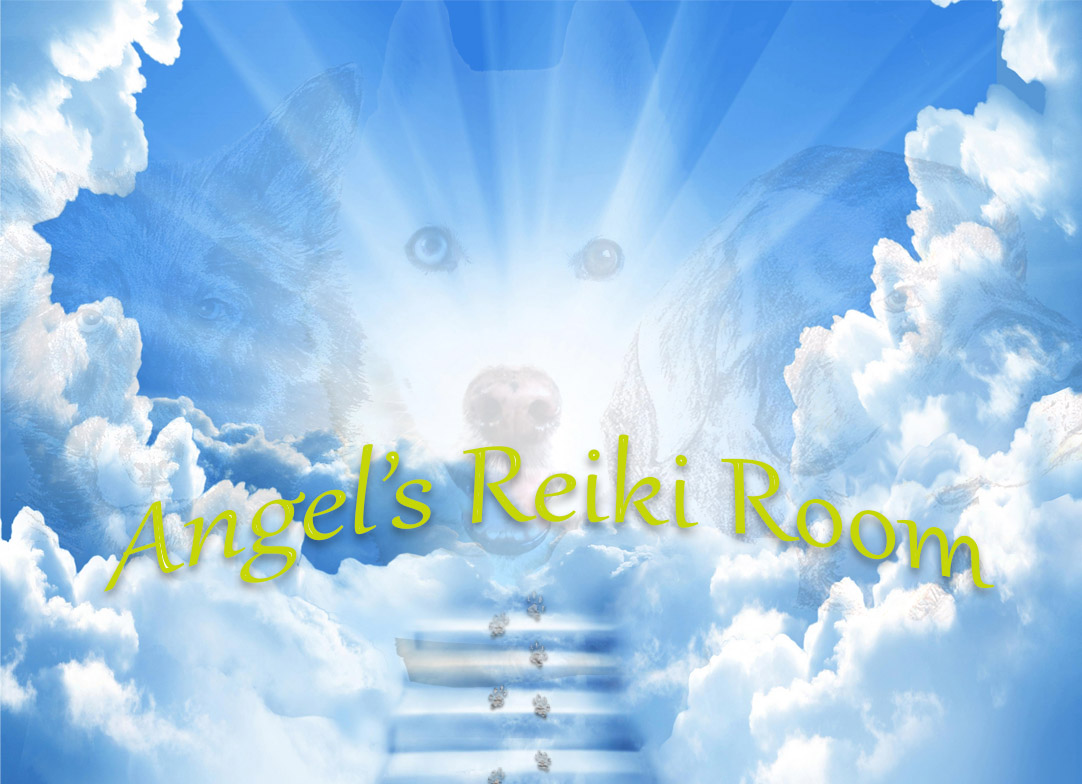 Helping the Animals we love heal with Reiki Energy.
Animals naturally live fully immersed in the moment and are able to freely share unconditional love with each other and their human companions. Animals have a natural understanding of Reiki and love receiving it!
The word Reiki means Universal Energy, it is a form of alternative medicine called energy healing. Reiki is not meant to replace Veterinary Care Treatment; but to compliment it. Behaviour changes in your pet can indicate an imbalance of their energy system, if the imbalance is caught early enough it can be healed with Reiki before it becomes a problem (illness, disease, emotional or behaviour problems).
During a Reiki treatment, the practitioner transfers energy by placing their hands over, on with a light touch or from a distance, to the animal/human, transferring “universal energy” through the palms of the hands. The energy travels into the pathways and centers of the Chakra system. Animals have a higher energy frequency than what we humans do, they generally need shorter Reiki sessions than people do, they know where they need Reiki healing and how much Reiki energy they need, the animal decides the length of the session which can last anywhere from minutes to more than an hour.

Reiki can help an Animal:
– Stay healthy
– Before or after surgery or medical procedures
– Emergency or general first aid
– May lessen the need for medications
– Balance the animal’s body allowing it to heal physically and emotionally
– Assist with a rescue animal in a new home environment
– Shelter/sanctuary animals with stress and finding good homes
– Mental and emotional healing
– Assist with crossing over; making it more comfortable and easier to cross over
– Grief if an animal friend or human has left or crossed over

Pets are like sponges to our emotions and can pick up negative energy and sometimes keep it by wanting to take it away from us. They may actually try to heal an illness that we or an animal’s friend may have. The animal human bond is so strong it is not uncommon to see a pet and it’s human with the same or similar medical condition. The animal’s human or animal’s friend may also need to be treated as well.
Canines of Mind offers Reiki for Pets and People.

Prices for Animal Reiki start at $45.00 per treatment. Reiki can also be added to a behaviour training session. Travel fees may apply.

**Please Note: REIKI IS NOT MEANT TO REPLACE VETERINARY CARE; BUT TO COMPLIMENT IT. ALWAYS SEEK VETERINARIAN CARE FIRST TO RULE OUT ANY SERIOUS INJURIES/ILLNESSES.

Our Dogs/pets are tuned into us emotionally, intuitively and physically. If our chakras are out of balance the dogs/pets energy system is as well. A nervous dog owner’s fear and stress can travel right down the dog’s lead out on a walk causing out of balance behavior. We can possibly cause their behavior issues! Calm pet owners help make for calm dogs/pets!

When you notice that your dog/pets behavior is changing, it could be the energy {chakras} in their body are out of balance and a Reiki session would help them feel better. It may also be where the dog/pet is living or something going on with the dog/pet’s family. Energy {chakra} imbalances can also come from where the dog/pet lived previously, food fed previously or changes in the family or home where they live now. If the imbalance is caught early enough it can be healed with Reiki energy {chakra balancing} before it becomes a problem {illness, dis-ease, emotional or behavior problem}.
A Behavior training session can be combined with a Reiki session to address all of the issues at hand.

For those unfamiliar with the chakra system, if you imagine the subtle energy body (made up of chakras, linked to meridians and contained in the aura} as being like a car engine, and the physical body is the actual vehicle which the engine drives, it is not difficult to see that when the car starts to perform less effectively or even breaks down, that it’s the engine which needs repairing or re-tuning and not the car bodywork. It’s the same with the subtle energy body. When we re-charge/realign the chakras – get them spinning in harmony and at the correct rate – you get the physical body running smoothly once again.

Animals Have 8 Major chakras, 21 Minor chakras and 6 Bud chakras. Alongside the seven Major chakras that animals share with humans {crown, third eye, throat, heart, solar plexus, sacral and root}, there is another Major chakra which is unique to animals, it is called the brachial or key chakra. This chakra is located on either side of the body, in the shoulders area, it is the main energy centre which relates to animal-human interaction and any healing should always begin at this chakra.
Animals which have a strong, healthy link with their human companions usually have a vibrant Brachial chakra, as it is the center where the animal-human bond is formed and carried.

The Bud chakras are found one on each foot {pad, paw, hoof, ect.} and one on the skin at the base opening of each ear. They are especially receptive to subtle energy vibrations; for example changes in the weather like a thunderstorm, or even impending, major earth events like an earthquake or hurricane. The Bud chakras located in the feet are often used to source areas of energy in the ground before either laying or rolling on the spot {not to be confused with a dog finding something ‘smelly’ to roll in!}. Standing on such an area can also help ground an animal.
The 21 Minor chakras in animals are sensory centres and can be found, in among other places, on the nose, tail and ears. Whilst the Bud and Minor chakras are smaller energy centres than the Major ones, they are every bit as important and assist in the function of the Major chakras.
Unsurprisingly, most animals’ senses or instincts are far more finely tuned and sensitive than humans {although some animals are more developed than others, like dolphins, whales and other mammals} As a result, animal chakras are usually far brighter and larger in comparison to ours. Their strong sixth sense emanates from the primary sensory centre; one of the 21 Minor chakras. This is located at the bridge of the nose, below the Third Eye or Brow chakra. Animals are constantly absorbing and computing sensory information; far more so than humans owing to their reliance on instinct for survival. Aside from using the Bud chakras in their feet as mentioned above, they may also be seen rubbing a part of their body against a tree, rolling on the ground or even rubbing up against their fellow animal or human companions to stimulate a chakra. An animal who has suffered from physical, mental or emotional trauma, however, may not always be able to repair the resulting energetic imbalance and this is where we find signs of disease present.

Each chakra corresponds to an aspect of the self; thought, emotion, senses, instinct and so on. Whilst governing the same physical areas, animal chakras have, however, developed or evolved slightly different from humans. This can be further defined with differences between domestic and wild animals. For example, you tend to find a more developed Heart chakra in wild animals (strong herd hierchy} plus a more pronounced Root Chakra {stronger sense of survival}. With a wild horse you will see a stronger flight response {Solar plexus chakra} than in a Thoroughbred, which is a man-made breed. Then we have neutering or castration of domestic animals; which strongly affects the Sacral or spleen} chakra.

Minor & Bud Chakras: 21 Minor Chakras
Location: throughout the body
Function: govern the sensory systems. The most important Minor chakra is located at the bridge of the nose, below the eyes {under the Brow or Third Eye chakra – see diagrams}.
Bud Chakras:
Location: one on the base of each foot {two in birds} and one at the base of each ear under the flap, just at the opening.
Function: senses, subtle energy receptors.